Fair trade is an arrangement designed to help producers in growing countries achieve sustainable and equitable trade relationships. Members of the fair trade movement add the payment of higher prices to exporters, as well as improved social and environmental standards. The movement focuses in particular on commodities, or products that are typically exported from developing countries to developed countries, but is also used in domestic markets (e.g., Brazil, the United Kingdom, and Bangladesh), most notably for handicrafts, coffee, cocoa, wine, sugar, fruit, flowers, and gold.[1][2]

The fair trade movement is popular in the UK, where there are 500 Fairtrade towns, 118 universities, over 6,000 churches, and over 4,000 UK schools registered in the Fairtrade Schools Scheme.[6] In 2011, over 1.2 million farmers and workers in more than 60 countries participated in Fairtrade International's fair trade system, which included €65 million in fairtrade premium paid to producers for use developing their communities.[7]

Some criticisms have been raised about fair trade systems. One 2015 study in a journal published by the MIT Press concluded that producer benefits were close to zero because there was an oversupply of certification, and only a fraction of produce classified as fair trade was actually sold on fair trade markets, just enough to recoup the costs of certification.[8] A study published by the Journal of Economic Perspecitives however suggests that Fair Trade does achieve many of its intended goals, although on a comparatively modest scale relative to the size of national economies.[9] Some research indicates that the implementation of certain fair trade standards can cause greater inequalities in some markets where these rigid rules are inappropriate for the specific market.[10][11][12] In the fair trade debate there are complaints of failure to enforce the fair trade standards, with producers, cooperatives, importers and packers profiting by evading them.[13][14][15][16][17] One proposed alternative to fair trade is direct trade, which eliminates the overhead of the fair trade certification and allows suppliers to receive higher prices much closer to the retail value of the end product. Some suppliers use relationships started in a fair trade system to autonomously springboard into direct sales relationships they negotiate themselves, whereas other direct trade systems are supplier-initiated for social responsibility reasons similar to a fair trade systems. 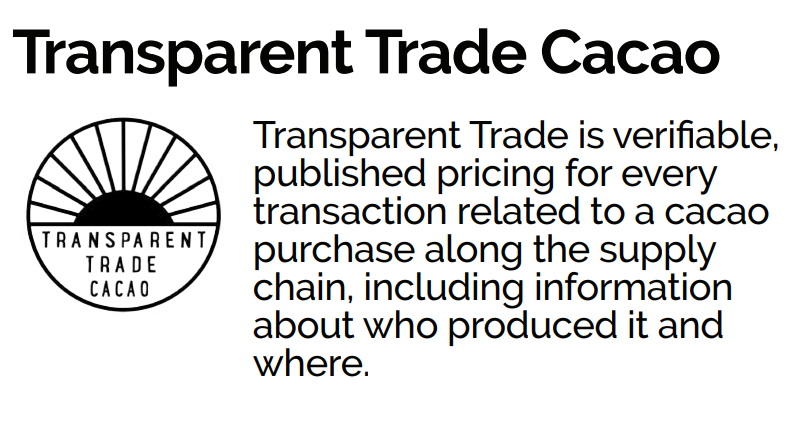